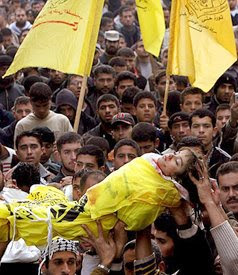 Pine needles, frozen by rain in mid winter
Crackle as the cold wind blows through the trees around us
The now is like old flat bread
Breaks into pieces as it swallows your feet and snow shoes
In fact, it is possible to slide on the snow shoes and fall, but the fall
Is not hard, as one breaks through to the soft , old snow below

Violence is frozen in time in Palestine
People dying in their own homes and streets
Violence is frozen, the sounds of rockets, bombs and bullets
All around us, even here in the woods
One can feel the air as the bullets go by to their target in Gaza

How does one un-freeze violence?
How does one melt hatred?
How does one wake up a hold generation mi-led by lies and stories of
Greed and power between Israel (n o spiritual relationship to the Israel of
The Torah) and the United States Government (no relation to what is in the constitution
Or the declaration of independence)

A change in leadership?,
A commitment to peace?,
Conversations around a new way not just changing old ways and structures that have not brought peace

The pine needles are melting now, the tree is feeling its freedom again
The snow is soft again, the snow shoes, again, sink into the snow as you create a new path in the forest and wet lands…
How do we find peace where there is none?
The wounded
The dead
The scared ones
The children
The elders
Yes, Israel exists, most of its people abhor the violence, frozen in time
Thousands demonstrate for peace, no one listens, sound familiar America?

Oh, I threw some salt on the ice this morning
I heard the frozen ice begin to crackle and fall apart
Salt on the wounds? No that is not it
But the salt of peace, love and justice
Stepping in between those who fight out of hate, greed and power on both sides
Those around the world who want to CUT OFF the conversation because their side is right the others do not exist…

Gaza exists
West Bank exists
Palestine is a state
STOP THE KILLING FIELDS OF ISRAEL
STOP SUPPORTING THE KILLING FIELDS OF ISRAEL USA GOVERNMENT
The violence frozen in time and history will melt, is melting
Not with guns or rockets made in or paid for by the USA
Not with breaking through the sacred land of others or trying to fence in your neighbors
But act and think and live in peace.

As I write this on a frozen morning in the woods
The US has blocked the UN again for peace
Why do we block efforts for peace even when they look impossible
We are afraid of the frozen violence and risk of a melt down of violence, we love our power

I suppose I should stop this journey now
It is too painful
Today let us chant and pray for peace in Gaza and the world
That the frozen presence of violence as the answer will melt.

Peace ko shin
Posted by Chasing Wind Mills, Why Not? at 9:39 PM